Chris Bell is one of the most revered wilderness photographers in Tasmania.

He has just published a new book called The Tarkine.

Chris agreed to answer some of my questions about the book (read below). 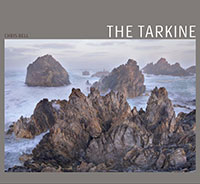 What was the motivation to produce this book ?

It had been 18 years since I first visited the Tarkine coast and I had forgotten how wonderful it really was.  My vision had also changed and I now saw things I had ‘missed’ before.  I was struck by how varied the coast was, how charming the components were –  but also how ephemeral much of this beauty was.  A day later and some of the things I was admiring had disappeared.  I have never seen so many potential subjects in a remote location before and was determined to do all I could to ensure that this wonderful place wasn’t ruined by inappropriate land uses.  The book project had begun!

How long did it take you to capture all the images ?

I worked on this project for about 3 years ( off and on ) yet even though I think I have captured the essence of the Tarkine, most of what I saw remains ‘un-captured’.  There are many things working against the photographer here – high winds, rain etc which make photography difficult,  but mostly it is the ephemeral nature of much of this place that makes photography difficult; a wonderful subject one day may have vanished a day later.

Could you tell us about a special moment while you were there ?

There are always special moments when working on a project such as this but possibly the one that charmed me the most was when I was walking back along the coast near the Interview River and suddenly realised I was  accompanied by a Tasmanian Devil which was trotting along several metres in front of me; it was not concerned with my presence and I walked the last half kilometre or so before we parted company and it trotted off among the sand dunes.  These are the memories that last and that I want to recall later when I will need it most.

You can view sample images and purchase the book online from Chris Bell’s website. 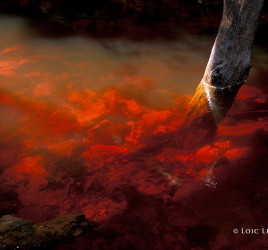 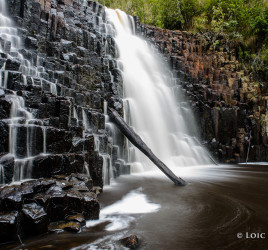